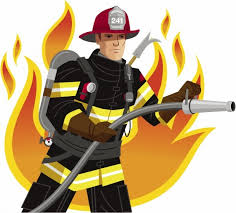 Cameron, my son, has a friend named Tommy.  They have been friends since early childhood. Tommy texted me recently and asked if he and his Dad could come fish with Capt'n Hook.  His Dad loves to fish and it was his Dad's 50th birthday. His Dad, "Tom", is also a Tallahassee fireman.  We like those guys!

Originally, I had intended to go to V Tower and hunt AmberJack again. I have been pretty successful at that lately. But then I learned (Thanks Jackson), that AmberJack is closed until December 31st.

You gotta be kidding me!  There is absolutely nothing left to catch in the Gulf of Mexico!

Well, whatever,  Grouper IS open in State Water.  They do that because they know that Grouper are currently migrating OUT of State Water into Federal water because the water is warming up and Grouper are moving to deeper, colder water.  They really don't want you catching Grouper in State Water either.  Things really are getting out of hand folks.  But I digress.  (Deep breath)

We get the boat ready Friday night.  It looks kinda cool all lit up at night: 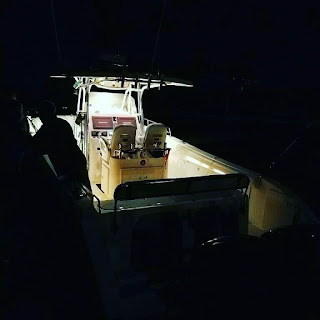 We all (Gene, Jackson, Tommy, Tom, and myself) head down to Panacea Friday night and stay at the Shak.  Nice night for a fire and for star watching.

After the boat is setup, we have a little time to sit by the fire Friday night and enjoy some "hot tea" at the Shak :-) 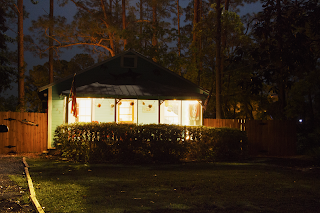 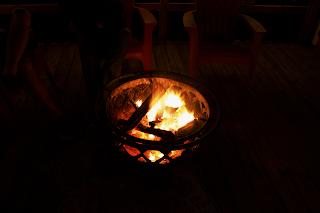 We head out the next morning: 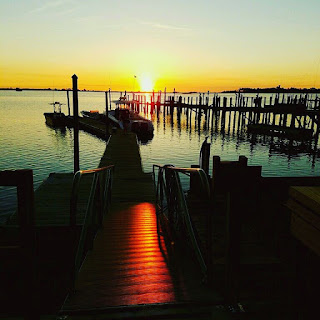 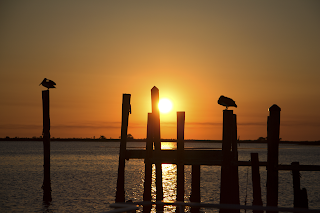 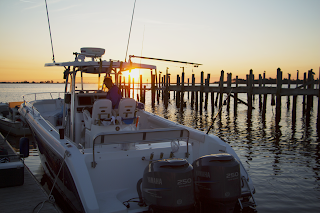 Oh, did I mention that Sam decided to join us!

Apparently, I did not get the aqua marine, blue hat memo: 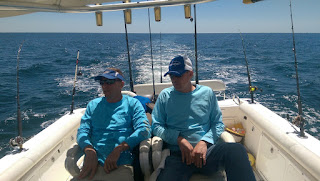 We don't have far to go.  State waters are within 9 miles of shore.  There simply aren't any grouper on the Panacea side of Alligator Point, so we head out from Panacea to just south of Alligator Point. The water is a whopping 30 feet deep here.  Very difficult to find 24" grouper in 30 feet of water, btw. 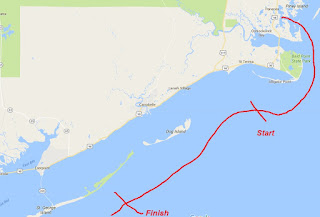 Fortunately, I have a couple of "spots" given to me by a friend (Thanks Fred).  We stop at the 1st waypoint and within just a few minutes, we have several rock bass and Tommy catches this "keeper" grouper. I really need to teach Tommy how to stick the fish nearer to the camera to make it look bigger:  :-) 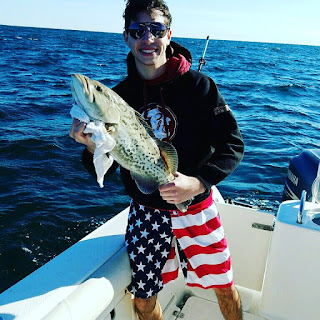 We catch numerous Rock Bass at this 1st location.  Rock bass are good, grouper are better though.

We stop at the 2nd spot.  Lots of Red Snapper here.  We, of course, can't keep any of them.  Red snapper are EVERYWHERE these days. Why?  Because they are only open 10 days out of the year to recreational fisherman.

And allow me to say "Thank You" to FlardaFish.  They are sponsoring Capt'n Hook for apparel. Tommy looks awesome in his short-sleeve FlardaFish shirt, don't you think?  Need a good fishing shirt, check out FlardaFish! 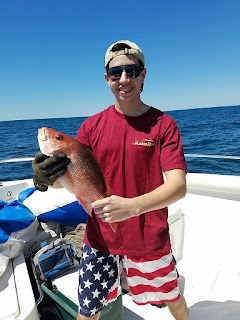 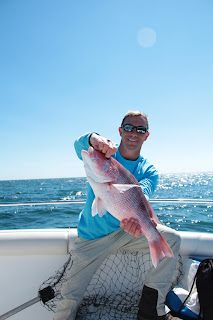 They even let the Captain catch one of the Snappers.  Once again, thanks to our sponsor: FlardaFish for the great shirts, hats, coozies, and face protectors.  They were very useful on this trip. Personally, I love the long-sleeve, white fishing shirt. And I look great in it!  Just ask me. 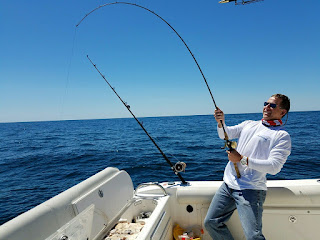 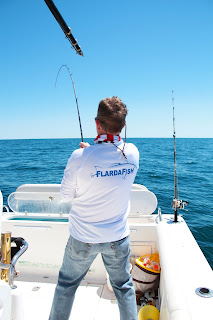 Thanks guys for cleaning all the fish. You two would make a cute couple, btw.  :-) 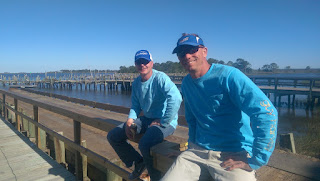 Hey, what do you know, Grouper for dinner; that was caught on my boat!  It has been a while. 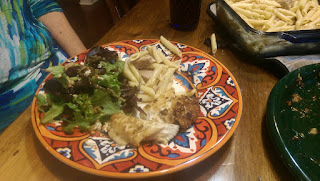 We will be back for Rock-the-Dock on April 28.  Hopefully, LOTS of cool pictures for that.