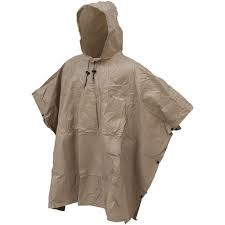 This was supposed to be a "guys" weekend in Carrabelle, Florida.  In fact, Gene Griffin had to cash in his 40th birthday party "free weekend" hall pass for this weekend.

Jeff Paul and his son John were supposed to come up from Clearwater Friday night and fish with us on Saturday and Sunday.

Ryan Brooks and I headed down to Carrabelle / Panacea area Thursday afternoon.  We stopped in at Panacea and put the boat in the water.  It was raining.

We drove to Carrabelle and checked in to the hotel.  It was raining.

We stayed up ridiculously late considering we had to fish the next morning.  My alarm went off at 6:30 a.m.  I looked out my window - it was raining - screw that.  Back to sleep.  We all got up at 7:30 a.m. and drove to Panacea.  It was raining.  It started raining harder.  We went to breakfast up the road and watched it rain.  Conversation at the table, "Hey, if those crab guys in Alaska can fish in -20 degree weather, we can fish in rain right?"  Damn straight.   We return to the dock.  It is raining.  Gene pulls out these things called "Frogg Toggs".  Light-weight rain suits, shirts and pants.  Wow, these things rock!: 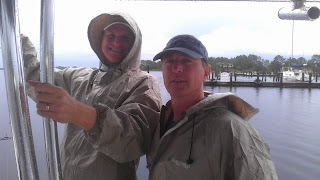 We fish for awhile, not catching much.  It rains harder.  Here is what the storms look like that roll through every 20-30 minutes.  Some have lightning, others don't.  Guessing wrong is rather perilous: 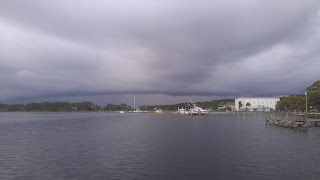 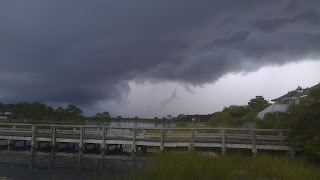 Here we are heading into the channel.  Fishing in these conditions is not for the faint-hearted: 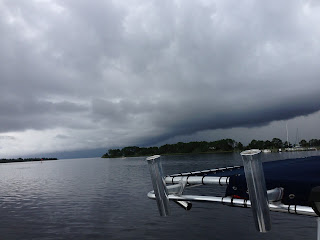 These storms are re-occurring about every 45 minutes.  The rain is intense in some of them - but we fish.  We fish the channel and for the first time in two days, I actually see a small piece of blue sky.    It is just to the right of my head.  It only lasts a few minutes, but here it is: 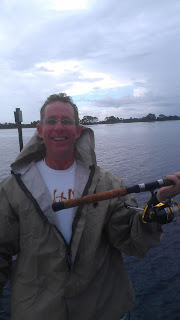 We get in the car and head back to Carrabelle.  It is raining: 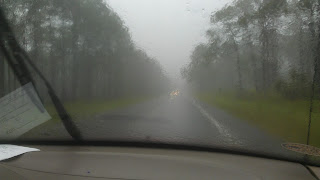 Ryan has to head back to Tallahassee, but Gene and I are determined bastards, so we head back to Carrabelle.  We meet some friends of his for dinner.  It is raining.  Service sucks.

This part is good:

Back on with the Frog Toggs.  It is Saturday morning.  It is raining.  But after awhile, we see a clearing.  Blue sky.  OMG!  We head out the channel.   We go even further to Rotary Reef which is about 7 miles off-shore.  Blue sky above us, but storm clouds all around us though.  I am very uncomfortable with my decision to be all the way out here.  Almost out of nowhere a storm approaches.  It is too late to head in.  Whew - only a brief torrential downpour for 5 minutes.  Man, those things come up fast!

While we are on the spot, Gene catches his first Cobia.  Nice job Gene, although Jim Pittman's 1st Cobia the week before was bigger I think:  (We can argue about which is bigger at Lake Cue in September).  Personally, I am just happy you guys are catching cobia on my boat. 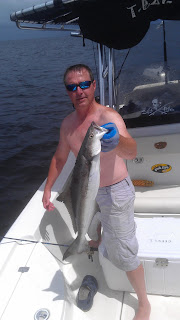 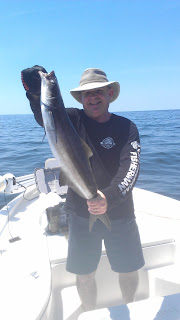 Now, if you look closely behind Gene's head, you will see yet another storm on the horizon. By the time we get situated after catching this Cobia, this latest storm is much closer and much bigger.  Gene says, "Let's just ride it out Marc.  I don't here any thund...."  FLASH/BOOM!  I say, "We're getting the hell out of here."  Now remember, we are 7 miles offshore.  We start hauling butt towards the shore, but we are at least 20 minutes away from making the channel marker.  Meanwhile, the storm is on my port side and getting closer and closer.  When I look to my left I see a lightning bolt and a solid mass of blue-black rain and nastiness.  The wind has picked up considerably.  Look straight Marc, don't look left, don't look left!  I can't help it, every few minutes, I look left.  The storm is huge and is now only a 1000 yards to port and bearing down hard.  900, 800, 700, 600, 500.  Well, you get the idea. 15 minutes later we make the first channel marker and the rain is just to our left - and we have to turn hard left to stay in the channel!  That's when all hell breaks loose.  The storm catches us.  I can't see a damn thing it is raining so hard, and rain hurts like hell going 40 mph.  We make the next channel marker, turn hard to starboard and out-distance the storm by a few feet.  Ever see those action CGI movies where all the destruction is directly behind them and they are just barely escaping it?  Yep.  It was just like that.   So we are now 30 seconds ahead of the storm from hell and heading in when we see a 16 ft Carolina Skiff heading OUT of the channel.  The lady in the bow actually starts waving nonchalantly at me!  Holy crap, I just spent 20 minutes with my sphincter puckered trying to outrun this raging storm and they are heading into the teeth of it - in a fu**ing skiff.  I give them the "turn-around now or you are sure to die" hand signal.  As I blow by them at 40 mph, I turn to see the wall of rain hit them.  They immediately turn around, punch it, and start following me.  One less boat for Sea Tow to rescue.

We get back to the dock safely, although it did kind of feel like we cheated mother nature some. I don't like fooling with Mother Nature - I think she keeps tabs - especially on fishermen.  It is raining at the dock.

We return to Carrabelle and make this video for your viewing amusement:

Gene and I wake up Sunday morning and head back to Panacea.  IT  IS NOT RAINING!  We do get some fishing in Sunday morning but we have to head in early cause of storms.  When we return to the dock, it is raining.

I gotta give it to Gene and Ryan, those boys have heart.

Jeff Paul - I know you and John were looking forward to coming up, but trust me - NOT coming up was the right decision.