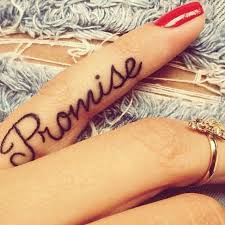 All stories can be found at: www.captnhookfish.com

I don't make promises lightly, but when I do, I keep them - just ask my kids.  I am pretty positive that I have kept every promise I have ever made to them.  Not that there have been many.

Before I share my promise with you, let me give you a little history.  Besides, when I write "short" posts everyone gives me crap.  So here goes:

My father had a boat.  I would like to say I fished with him, but:

1. He wasn't a fisherman.  He just liked the drinking side of boating.  Mostly, he just took it out in Tampa Bay and drank beer with friends.
2. I was too young.  I did manage to drown and die under the boat, but that is a different story entirely.

So while I grew up near the water, I didn't really grow up fishing (except a few docks), and I definitely NEVER grew up offshore fishing.

As an adult, one of my very first boats was an old Ranger bass boat.  I used it at Lake Talquin for a couple of years, then I moved it down to the coast and ran it out of St. Marks.  I used to run it down the Wakulla River often, past the lighthouse and fish all those shallow and complicated oyster bars.  I actually got pretty good at catching redfish, trout, and sheepshead.  To prove that I am going back a few years, here are my kids enjoying fishing on it on the Wakulla river.  :-) 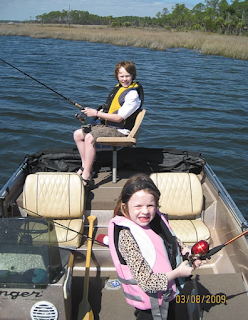 Man, does time go by fast or what?!  Cameron and Delaney fishing on the Wakulla river. 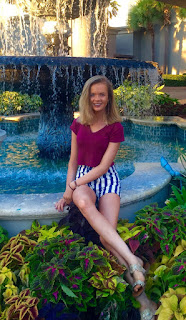 If you are thinking to yourself, bass boats aren't really designed for saltwater fishing, well, you would be correct.  But that didn't stop me from doing it anyway.  Turns out, the boat had a significant hole in the hull near the stern (which I never knew), but I fished with it anyway.  In fact, I fished the CRAP out of that boat.  Often, I would sit near the St. Marks lighthouse on the Ranger, look out onto the vast Gulf of Mexico horizon and longingly wonder what it would be like to fish - OUT THERE. What were the mysteries farther offshore?

Then, the Ranger died.  Long live the Ranger!  It was a great boat; I loved it; and I/we had a LOT of fun times on it both fresh and saltwater fishing. Hopefully, somebody restored it and is still using it.

I bought a bigger boat; a 24 ft Triton Bay Boat; and named it "Geeks 1". I put it at Rock Landing Marina.

Now for those of you who have never upgraded from a 17 ft bass boat to a 24 ft bay boat, I can assure you that the change is SIGNIFICANT and intimidating! There is a BIG difference between a 17 ft boat and a 24 ft boat.  What was kind of cool about the Triton was that it had a modified hull, so in some ways, it got up on plane just like the Ranger did, but it was definitely a much bigger and heavier boat.

I can honestly say that we fished the crap out of the Triton also: 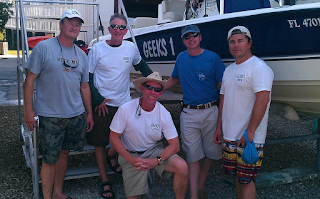 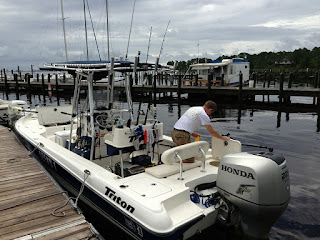 In fact, many people around the marina still call me "Geek" because they loved the boat name. (Thanks Terri).  Well, that's my story at least as to why they still call me geek.

I/we pushed that bay boat HARD!  I can't tell you how many times I would say, as we were getting slammed in 3-4 ft seas, "I need a bigger boat, I need a bigger boat".  We would often take it out to K Tower and, a few times, Bryson Reef (which was like an eternity away if the seas were more than 1-2 feet) - which they often were.  When I was sitting on Bryson Reef, which is almost exactly between K Tower and V Tower, I would look at V Tower (10 miles away) and think, "I wonder what it would be like to fish - OUT THERE!  What were the mysteries of fishing V Tower?

I was always afraid to take the Triton all the way out to V Tower.  30 miles offshore in a bay boat, apparently, was my personal safety limit.  Honestly, bay boats are not designed to run 30 miles offshore. 3 miles, maybe, but definitely not 30 miles.  To be honest again, I had no business being 15-20 miles offshore, which I did regularly with that boat.

After owning the Triton for a few years, I sold it to a nice gentleman down in Clearwater named David.  Hopefully, he is still enjoying it.  It still ran fantastic when I sold it.

Then - I bought the Century.  It is worth reiterating: If you have never upgraded from a 24 ft bay boat to a 32 ft deep V, then you may not understand just how intimidating that is.  I mean, the Century is a "beast".  Scared me to death when I water tested it for the first time over in Pensacola.  Scared me even more to death, when I captained it all the way back with Gene and Sam from Pensacola to Panacea. (Took 2 1/2 days, btw).  Probably could have done it faster, but there was some tequila involved in St. Joe. 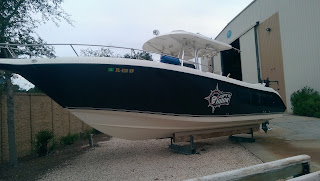 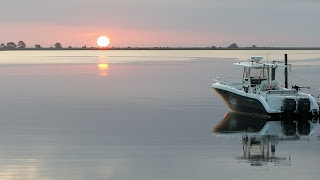 Back to the story - and the promise.

In the summer of 2016, I had some friends on the Century.  I'm sorry gentleman, I can't remember EXACTLY who was on the boat that day, (Jeff, Gene, Nick, Mike and Jim, I think?) but I know that we had intentions of fishing V Tower.

So we headed there.

About 2 miles from V Tower (so close), a thunderstorm came up directly over the tower: 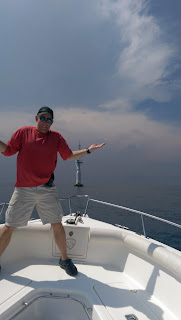 The wind increased and lightning struck nearby.  No, not gonna make it there today boys, so I turned around and headed farther inshore where we continued fishing away from the storm.  The next day - same thing - sunshine on one side, but a small thunderstorm on the other side near V Tower, but this time, the guys weren't letting me off the hook so easily. "Screw the storm Marc, we are fishing the tower!" They all kind of said that in unison.  So here we are arriving for the first time on the other side of V Tower: 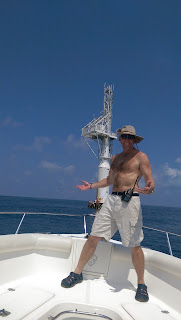 Just on the other side of the tower (cause you gotta go around it right!), we dropped lines - including me. I immediately got a large AJ, but halfway up, a shark got the other half: 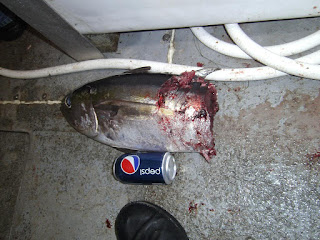 The blue sky faded quickly as the summer storm approached; we got the heck out of there because I wanted to reach V Tower, but not die there.  For the last year, many of those same guys having been giving me crap because I hadn't yet gotten a tattoo.  Far be it from my friends to give me crap about something.  I am always understanding, cordial, and non-sarcastic towards them - a perfect gentleman you might say.

And lastly, although it doesn't really have anything to do with the promise, several of us guys went sailfishing in Costa Rica this year (2016).  It was a fun trip and one that I hope to do again.  I caught this bad boy: 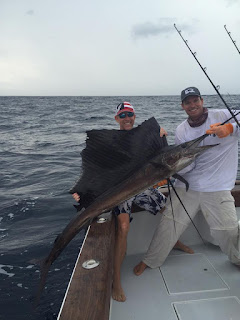 And lastly, lastly, I turned 50 this year. Dammit.

Add all those things up, and you get the following: 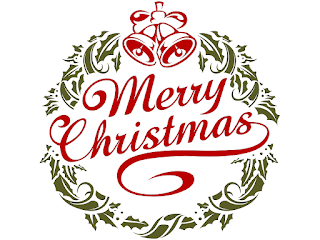 Merry Christmas everyone!  For me, it was a wonderful, eventful, and dynamic 2016 - one of my favorite years.  May god bless you with a wonderful 2017.


Hey, I wonder what it would be like to fish the ancient Gulf of Mexico "middle grounds" one-hundred miles offshore? What, I wonder, are the mysteries of fishing in the Central Gulf - OUT THERE?  Terri and I are headed to the Miami Boat show in February, 2017.  Hmmm.....  I wonder how intimidating it would be to go from a 32 ft Century center console to a 55 ft Viking fishing yacht?

Nah, we all know that I would never do that! See you in the Spring.  Thank you for reading.